A Letter From the Designer

If you all out there know anything about history, and recording time, you know that if you look at an image, any image without knowing where it belongs in history, you can ALWAYS tell the time period by the way people are dressed.

I learned this in my Fashion History Class at FIT, and then my professor at Parsons repeated the same information. Think about it and you know it's true.

I became interested in fashion because I liked pretty things. I never wanted to make a statement and I've always hated when people talk about race in fashion or body type.  It just kills my vibe. Fashion is an escape for me whether I'm designing, shopping or werrking the real life runway. I really just want people to shut up and enjoy the clothes that someone worked hard to produce.

I'm writing this to set the record straight because I don't think anyone should be snarled at, called a whore or be confronted by any type of negative energy while wearing a Paparazzi Visor™. I have been the victim of negative energy on two occasions. I can only imagine what my customers have gone through.

Personally, I feel that if someone is claiming another person is a bad person, then that name-caller is a bad person too. Any ordinary person walking down the street is not my judge or yours. Personally, I believe that V. Stiviano is a woman involved in a scandal, and Donald Sterling is a man involved in a scandal. That's it. That's all I know. That's what I saw on CNN. Do I think V. Stiviano is a whore? I don't think about her at all. Do I think that Donald Sterling is a racist, I don't even care. Regardless, this whole conversation/argument has placed a fashion/healthcare product in the mix.

In the 60's, women's hemlines got shorter because there was a war and fabrics were rationed, not because Twiggy was born. In 2014, the Paparazzi Visor™ is a fashion statement because there are so many got damn people worried about individuals other than themselves. Can you blame V. Stiviano from hiding her face? Can you blame anyone who has been harassed, stared at, and called names from wanting to hide their face from time to time?

Anyhow, the visor is created to protect your skin from the harmful UV rays of the sun. That is the functional purpose. It's the signs of the times, that turn this accessory in to a mask of sorts. There is something wrong with our culture if so many of us want to hide. Of all the press we got, the style.com article really digs deep into theis symbol of our culture (and yes, Kanye West is mentioned).

This Sunday I was invited to a friend's birthday party at a rooftop in trendy Soho, New York. There was a pool, lot's of people, drinks and reggae music. It was a great vibe. I don't always bring gifts, but this time I really felt that this birthday required a gift. The first time I met the Birthday Boy, was in Miami, on a private island soiree. I learned in one sitting that he was fighting a battle with Cancer. I thought to myself about how young he is, and that he is just like me, in the fashion industry at a party on an island in Miami. He really touched me that day. So, when our friend invited me to his birthday party, I really wanted to go. You never know how many more birthdays someone will have.

Naturally, the gift a brought was a Paparazzi Visor™. And, it made sense: rooftop, pool, fun. Oh man did the Birthday Boy love it!! I was so happy to see him with so much excitement. Of course he put it on immediately. Then, some woman in a green romper turns to him and says, "you aren't going to disgrace yourself and wear that, are you?"

I turned and asked my friend if he knew this woman. He mouthed "no", but with the visor, I didn't see him, so he had to shake his head. I looked at this woman and asked her not to address us because "you don't know us and I am in the moment of giving my friend a gift and you are ruining it." She kept talking. Needless to say, I became livid at the rudeness. Had nothing to do with the fact that it was my product. But, the fact that something so useful could cause such a stir at a special moment blew my mind. Not everything has to be so damn controversial. I mentioned before how that kills my vibe and this was a prime example of that.

Isn't this how "things get started"? C'mon, it had nothing to do with the visor. It had everything to do with the fact that this blonde half drunk woman felt that she could address two brown people in such a disrespectful way due to the nature of the Clippers scandal!

Let's just say she kept talking and basically got "pinballed" around from groups of people because no one wanted to hear what she had to say. I told my friends to keep me back from pushing her in the pool. Of course I wouldn't do that, but she actually deserved it.

The first time I got heckled with the visor was on Fashion Ave in NYC by an older Caucasian man. He yelled at me and asked me why I wanted to look like a whore. I thought whores usually looked like something else, but to each his own.

The moral of this story is that the ignorance that surrounds the scandal, the visor and drunk people is outweighing the fact that the visor can prevent skin cancer. SKIN CANCER PEOPLE! That is what's important. And, if anyone has anything negative to say about your visor serving you in anyway, continue to throw them #shade, and they will shut up.

Truly sick of haters addressing me, 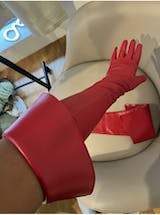 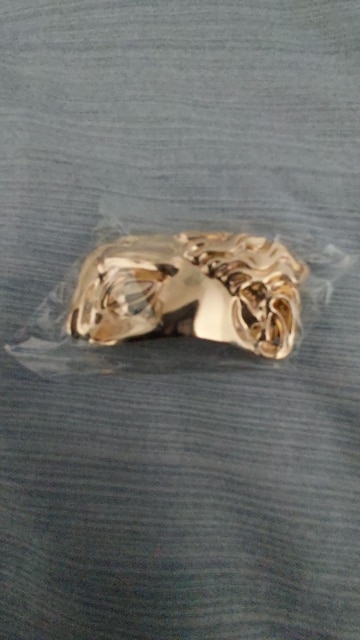 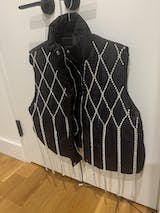